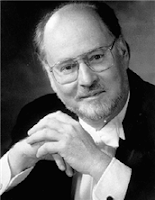 My movie Music Musings are going to be just that, thoughts about movie music. I'll leave the soundtrack reviews to the pros, several of which you'll find in the Blogs I Read and Sites I Visit section to the right. What you'll find here are mostly blogs about specific soundtracks, composers or just general ranting. When I tackle a soundtrack it will be more from the point of view of how it works in the film and specific styling I feel are effective or not so effective.

Keep in mind my musical vocabulary is limited. I love this stuff and want to share, but I'm also trying to keep this simple and relatable. Hope you find some of this as interesting as I do.

Here's a list of the various Score Sample tracks and Anime Juke Box tracks I've posted. I figured I'd put them all in one place in case you wanted to listen to an impromptu playlist of sorts. Enjoy the music!

Evolution of a Movie Music Fan

I've been a fan of movie music for a long time now. It all started with my love of all things Star Wars. I sought out a cassette tape of the soundtrack and discovered a rerecording that had music from Star Wars on one side and Close Encounters of a Third Kind on the other. I learned that both films had music by John Williams, and that started a quest.


Soon I was hunting down the scores to The Empire Strikes Back, Return of the Jedi, Raiders of the Lost Ark, and Star Trek IV which I believe had just come out in theaters. Combine this with a friend of mine who let me borrow cassettes of Conan the Barbarian and Star Trek: The Motion Picture and it was pretty much a done deal.

I pretty much stayed with John Williams scores for the most part in the early days of collecting. But when the 90's rolled around I started picking up some of the biggies of the decade: Last of the Mohicans, Braveheart, Pulp Fiction and Lost Highway.

The late 90's rolled around and I was drawn into the world of anime, and so my musical tastes shifted in that direction too. Anime music is filled with a lot of variety and some great composers were doing excellent work at that time. But after I stopped reviewing anime around 2001 or so, I stopped picking up the soundtracks. Here I pretty much stopped collecting soundtracks and was focusing on electronica and a healthy 80's collection.

But I was pulled back into the world of soundtracks when I started my day job working with procedure documents. I found that I couldn't listen to music with actual words in it, or else I ended up typing those words. So I went back to my old soundtracks and started enjoying them again. The variety of music was great and the acquisition of an ipod made the whole thing even better. I could edit playlists and create "best of" series providing a taste from each film. It was great and it made the days go by quickly.

And so here I am, still collecting scores, still enjoying the music. I've still got a healthy collection of anime scores, and have been dabbling in game soundtracks too. But films are my first love and that's what I'll be writing about here.