And Then This Happened... Outlaw of Gor

Case in point in the example below.

But still, this moment from Outlaw of Gor gives us the perfect opportunity for caption fun. So we can't be all that mad at King Goofy here. 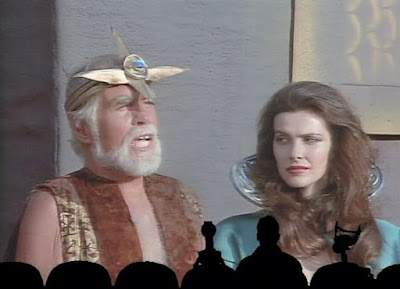 And Then This Happened... Samson vs. the Vampire Women

I think you can also call the same number if your lasagna won't cook in your oven. You could also call him if you have issues with robots mocking every movie you put on your television. I think he also handles medical and legal advice, but I'll need to check out his website. 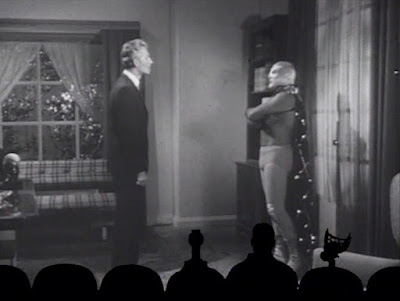 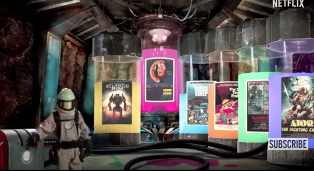 MST3K - The Gauntlet is Coming!

Well November has rolled around again, and that means it is time for more Mystery Science Theater 3000. Thanksgiving is turkey day and for the past few years Shout! Factory has been streaming a MST3K marathon on their channel. They serve up episodes from across the 10 seasons (Comedy Central and Sci-Fi years), and usually have bumpers with cast and crew from the series.

But 2018 is going to be a bit different because SEASON 12 (aka The Gauntlet) is premiering on Netflix on Thanksgiving. That's right six new episodes of the series featuring the cast of the previous season are back on the satellite. Some really perfect films for riffing are lined up, so this season looks like it could be a blast. The whole season drops onto Netflix on Thursday, November 22.

But wait, what about the Turkey Day marathon?

No worries Shout! has you covered. They will be running the marathon on Sunday, November 18th. It will include six episodes, intros from Joel and Jonah, some sneak peaks of Season 12 and a few surprises.

Head on over to MST3KTurkeyDay.com for more information on how to catch the marathon.

Need more, here are some trailers!

Yep, this Turkey Day looks like it might be a little more hilarious than normal.
Posted by Roman J. Martel at 7:05 AM 2 comments: