Move Musings: Where Have I Seen This Before? Star Wars: The Force Awakens

While watching Star Wars: The Force Awakens I had a little bit of deja vu. And yes, more than the fact that the story was essentially A New Hope. Some of the actual visuals from the film were very familiar. And yes beyond the fact that they borrowed from previous Star Wars films. As a rule, Star Wars borrows imagery from Star Wars, that is part of the style of the series.

In any case, as Rey was wandering the derelict Star Destroyer, I realized that I had seen similar shots and angles in another movie I watched. 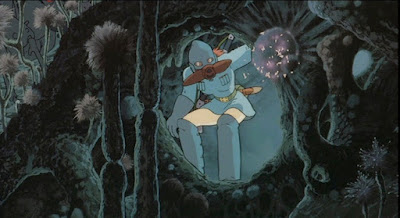 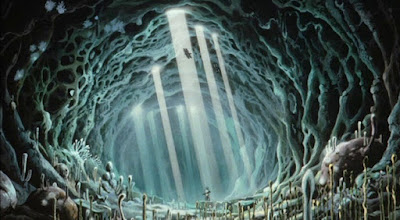 And just when I think I can stop writing about Nausicaa of the Valley of the Wind, someone has to go and reference it. Of course Nausicaa is a pretty good model for a lead female character in a science fiction story, so it is hard to begrudge the creators of The Force Awakens from giving Rey a visual nod to the opening scenes in Miyazaki's film.