Fellow blogger and genre fiction aficionado, John Kenneth Muir compiled another top ten list for his blog. This time he was asking for the greatest characters in science fiction films. He asked readers to submit their votes and rank them. The results were published here and may surprise you.

Once again, I had to participate. Like my previous list, I focused on characters that went on to inspire and influence future characters in science fiction and film. The list is a little different from my favorite characters. So once again, I'll provide both lists and explanations of why I picked who I picked.

10. Mr. Smith from The Matrix Trilogy
In a way Smith is fusion of the Terminator and Captain Nemo. He’s unstoppable, unflappable and focused on a very narrow perspective. He’s also one hateful son of a bitch. He makes a great villain and Hugo Weaving provides an excellent performance. Any time the audience can cheer the hero to take out the villain, you know you’ve got a good one.

While his television self is perhaps the most fascinating of the incarnations, I feel the movie journey of this Star Trek character is very engaging, and worthy of a place on the list. Spock goes from seeking a understanding of the universe through pure logic and ends his journey attempting to teach himself that some challenges require great sacrifice – literally. Spanning the first six films and the two Abrams movies – we get to witness the evolution of a character that is really unmatched in cinema.

8. The Terminator from The Terminator series
An unstoppable enemy who has no emotions, no weaknesses and no mercy - this trope was solidified with the Terminator and it has been with us ever since. You see it all the time in various forms, sometimes alien, sometimes machine, sometimes fantasy monster. But always with that cold emotionless determination. The cyborg really came into it’s own with this creation. I've lost track of the number of times I've seen a character in anime and video games that is clearly inspired by this trope. 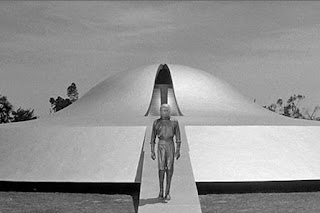 7. Klaatu from The Day the Earth Stood Still
He probably isn’t the first instance of a peaceful visitor to earth, but he is one of the best realized. Klatuu inspired countless variations on the theme of the alien that attempts to help the human protagonists realize a truth. The alien perspective provides him with the ability to see more than the humans can. While this character type has become more of a supporting cast member in anime and video games, I always hope we can see a story featuring this type of character in a lead role.

6. Frankenstein's Monster from Frankenstein
When you come right down to it, the monster in this classic tale is a synthetic life form searching for it's meaning in our world. It is literally a science fiction version of Pinocchio. The character spawned a trope dubbed by Joel Robinson (of Mystery Science Theater 3000 fame) where a robot attempts to become a real boy. This concept seems to the focus of most robots in science fiction these days, with Blade Runner doing an amazing job with the concept. Anime loves this trope, and there are countless "robot-girls" who wander around wondering why they were created and if they can be considered human.

5. Han Solo the original Star Wars trilogy
Yes Luke Skywalker was our hero, but Han was the cool one. He had the fast ship, the wookie copilot and he got the princess. What more did you need in a hero? Countless heroes were modeled after Harrison Ford’s devil may care attitude. His best moments are in The Empire Strikes Back. Some of the best incarnations of the charming rogue character include Mal from Firefly and Spike from Cowboy Bebop.

4. Ellen Ripley from the Alien series
One of the best female characters in genre fiction, period. She is strong in so many ways, and her journey through the four films is really something unique in cinema. Weaver brings so much to the role, and does great stuff with it. While we’ve had many “tough” female characters since Ripley, she has never really been duplicated. And I always love that she went back to save Joansie the cat! She's even a hero to animals!

3. Captain Nemo from 20,000 Leagues Under the Sea
A man who is seeking out peace at all costs, even if it means killing many people to prove his point. The man is brilliant, charismatic and cultured. But he is also obsessed, and will only view the world form his narrow perspective. It makes him dangerous and yet we understand him. This type of villain has become very popular, because it allows the audience to see that not everything is black and white. Yes, Nemo is the antagonist, but we see much of ourselves in him, and the potential to become just as warped as he is. This type of villain is a huge favorite in anime and video games, with too many examples to even start listing.

2. HAL 9000 from 2001: A Space Odyssey
The AI that started it all. Nearly every type of conscious machine in science fiction films owes something to HAL. The voice performance by Douglas Rain is really amazing, creating a cool, chilling calm. But most interesting is the final scenes where HAL pleads for his life, coming across pitiful and yet completely calm all at once. Anime has mined this trope heavily and even used the single red eye on numerous occasions. My favorite was the virtual idol singer Sharon Apple from Macross Plus.

1. Darth Vader from the Star Wars trilogy
In the original trilogy Darth Vader is one of the most intimidating and imposing figures in science fiction and fantasy. The dread he inspires, especially in Empire Strikes Back is palpable. He is more than willing to punish his own people for failure and lop off his son’s hand to round out the day. To see such a dangerous and ominous force then grovel to the Emperor shows that even power can be enslaved. His final redemption in Return of the Jedi actually forms the strongest part of that film, and gives us a vision of evil that can be saved. Vader is iconic as the image of evil. But he also inspired countless imitations and inspirations. Some just surface deep with black armor and synthetic voice. Others, much deeper, showing us an enslaved will that can be saved, if only the hero can achieve it.

These characters are personal favorites, sometimes from movies that other folks don't find as appealing. Maybe I like their personality, maybe I like their concept, maybe I just like way they fit in the story. I won't put them in any order, just list them as they come to me. 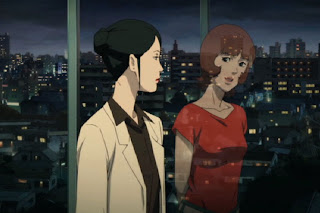 Do you have a list of favorite or "greatest" science fiction characters?
Posted by Roman J. Martel at 9:49 PM