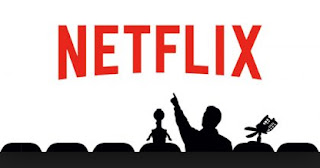 Yeah this is an oddly specific list, but I figured I'd get the word out there. Netflix is going to unleash the new season of Mystery Science Theater 3000 in April. To prep you for it, they've got their hands on 20 episodes of show spanning the second season on Comedy Central to the tenth season on Sci-fi channel.

There ares some really good ones on there, and if you haven't had a chance to check them out, I can give you a recommendation on my ten favorite episodes from this group. I'll rank the remaining 10 as well. I have reviews for a good portion of most of these, but if you'd like further details, feel free to contact me and I'll put a review in the queue for you!

As with anything else MST3K, my personal preferences for cheesy movies influences my picks. I love bad 80s sci-fi and fantasy films. So you'll certainly seen a lean in that direction. And just because I have more Mike episodes on this list just means they don't have some of my favorite Joel episodes like Cave Dwellers, Mitchel, Fugitive Alien and Time of the Apes. 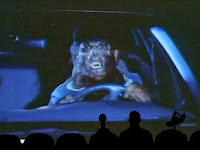 This episode from the Sci-fi channel era is one of the few 1990s movies they tackled. Not that it makes it any better or worse, just an observation. Archeologists discover a skeleton of a native american werewolf. Some poor schmo gets scratched by the bone and there is a werewolf on the rampage! For some reason, no one able to pronounce the word "werewolf" the same. Yuri's hair changes in each new scene. You've got hilarious werewolf makeup/suits/effects. Then there is an Yosemite Sam guy who lives in the house. This horror movie isn't scary but hilariously incompetent. Mike and the bots have a blast with it. This one is a Halloween staple at my house. 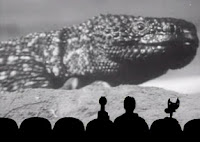 Don Sullivan! Don't know who Don Sullivan is? Well you will after this hit giant lizard film. Well "hit" is a strong word. It's a hit for MST3K fans for sure. You've got a teen hero who is a mechanic and hot rodder. When a giant gila monster starts devouring folks, he works with the sheriff (who has no jurisdiction over anything according to this movie) to find and stop the beast. There are silly songs, people putting their knees up on things and of course the hilarious "monster" who is just a monster because they put him on a model train set. Joel and bots provide some excellent dialogue for the creature and sing whenever they sing, whenever they sing, whenever they SING! 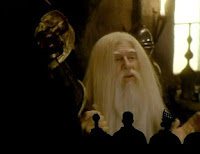 Oh this movie. And it is only a movie in a the loosest sense of the word. It is actually a bunch of cobbled together short films and other footage to pass itself off as a movie. The basic story is that Ernest Borgnine is telling his grandson stories about Merlin the magician. But these stories are hideous! Cat and dogs are murdered. People explode. A kid appears to be stuck in 1983, but the first story clearly happens in the late 80s! Merlin shows people a picture of his little monkey. Toys kill people. A demon speaks from a minor And there is a very angry psychic! Mike and the bots have a great time with all the insanity on display. My favorite episode from season ten.

7. Manos: The Hands of Fate 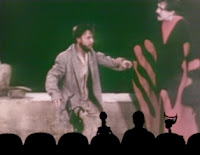 Infamous. Has been called one of the worst films of all time. It is not hard to see why. Attempting to be a horror film, but creepy for all the wrong reasons. The film follows a family lost in Texas and encountering a mysterious house. When they ask for shelter for the night the strange and hilarious Torgo (and his HUGE HUGE knees) stammers that "the master won't be pleased". Soon enough you find out what The Master is, and there are women wandering around in white gowns, and Torgo paws at people in a creepy manner and a little girl is probably traumatized after filming this. Joel and the bots give us a master class in riffing a z-grade movie, but you may need to shower after watching this one.

Inspired by Back the Future more than H.G. Wells this movie follows an amateur scientist who makes a time machine out of a small plane. But soon evil forces lead by a huge corporation (that appears to be in a mall or library) attempt to take the time machine and use it as a weapon. Our hero must travel to the future and the past to try to stop them. You get revolutionary war reenactments, future mall action, a guy in a pink suit, a chase between a bike and a car, and of course lots of our hero's chin which is very prominent. Part of the 3 part 80s sci-fi punch at the end of season eight, Mike and the bots deliver the comedy with this one. 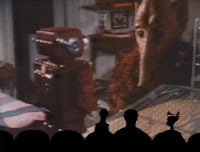 I love this horrible horrible movie. Another one that doesn't know what the hell it is trying to do. One moment you have a cute kid meeting a friendly alien, E.T. style. Next you have a teen pop band being slapped to death by a less then friendly alien, becoming a feeble slasher movie of sorts. There are also egg poachers, and a grumpy guy who drinks a metric ton of alcohol, not mention unbelievable visual effects as Trumpy (the alien star) does "magic things". You get the hit single "Idiot Control Now" and did I mention everyone is dubbed and the movie is edited by a spastic box turtle? No. Well, there I just did. A real classic of the series with Joel and the bots knocking it out of the park early in season three. 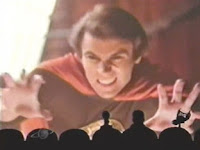 So many super hero films, so little time. But Mike and the bots found this wonderfully bad movie about a paleontologist who gets a suit from an Aztec priest and becomes the Puma Man. This means he can see in red vision, jump around on trampolines hidden behind objects, claw threw tin foil, and "fly" like he's dangling from wires attached from his rear end. And the music, dear sweet Muses, the music is so so bad. Donald Pleasance plays the villain and wears some super funky 70s disco outfits. There are some masks and alien overlords and... look, just watch Puma Man. It will change your life. Mike and the bots unleash the riffs and this movie earns each one.

Mystery Science Theater 3000 tackled their share of dubbed films over the years, but the fantasy films from Russia are some of my favorites. This one takes the cake in my book. It is essentially a bunch of Russian fairy tales and fables thrown into a blender, set on high speed and then dumped all over the screen. It is bright, colorful, energetic and completely bonkers. There is a young man who turns into a bear headed creature. There is the cutest little girl in all of Russia tormented by a wicked stepmother and stepsister. There are magical mushroom wizards. There is a pig sled. A man obsessed with goose livers and of course Jack Frost, who looks like Santa Claus in blue and the ability to coat everything with ice and snow. Mike and the bots are hand again to give this movie the riffing treatment. The movie is so much goofy fun, and the riffing works perfectly with it. A favorite winter time treat.

2. I Accuse My Parents

I would never have thought that a silly melodrama about a young man who somehow gets involved in organized crime would become one of my favorite episodes of all time. But here it is. This morality tale follows Jimmy ("don't forget he's kind of stupid, Joel") who is neglected by his parents, even when he wins an essay contest. He ends up selling shoes to a lovely lounge singer and falling for her. Trouble is, she is dating a crime boss. The crime boss hires Jimmy to "run shadowy errands" and it all goes wrong. The movie isn't horrible, with solid acting and camera work. No it is the story and dialogue that is so silly. Joel and the bots just run with it and it works beautifully. You also get them riffing a short film on farming, which is as odd as it sounds. This is an endlessly quotable episode and one that we often return to when we've had a bad day. It never fails to make us laugh or just sing along with the songs.

Cheesy 80s sci-fi with no budget, hilarious acting and one of the most idiotic screenplays I've ever seen put to film. Yes! Sign me up! The Southern Sun is traveling through space to find a new world to colonize. But angry, grumpy people on board are sick of space travel and want to join forces with space pirates (I think, it is all very unclear). What I do know is that there is a mutiny in space. Laser guns are shot, people fall off railings, lots of 80s "future" outfits are worn, our muscly hero blows lines and shouts in a high pitch scream, the villain chews so much scenery he's nearly foaming at the mouth. You get some alien women dancing in a shadowy room. There is a sequence in a club that will leave you speechless. And the car chase. Yes a car chase on a space ship. The movie feels like it is gift wrapping the riffs for Mike and the bots. So bad was never so good.
Posted by Roman J. Martel at 6:00 AM