When I mention my hobby of collecting and enjoying movie scores, one of the first questions I hear is, “What are your favorite scores?” The answer to that is never easy, mostly because it seems to change on a weekly basis. I go through phases with music, enjoying one style over another. Some film scores I like for nostalgic reasons, others I enjoy because they inspire my writing, others take me back into the world of the movie.

So depending on when you ask me I may be in one of these periods where I explore the work of one composer and try to get a well-rounded idea of what their work is like. While I may shift my attention to one composer, it doesn’t mean stop listening to a previous favorite or don’t listen to anything else. But I’ll find myself revisiting a certain composer’s material over and over again.

Originally this was going to be one post about my favorite composers, but the further I got into this, the longer each entry became. I decided to just go ahead and make this a series.

So I’ll give some insight into the composers who I keep coming back to, why I enjoy their work and give you some samples of what I think is their most accessible stuff. As I’ve mentioned before, my musical vocabulary is limited. This is not going to be in depth analysis of styles, but a more general and yes, fan based, approach.

First up, is one of the most famous film composers out there … 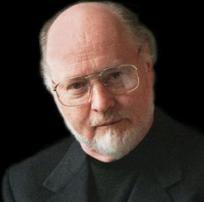 My love of film music started with my love of Star Wars and so that means John Williams was the first composer whose work I really explored. For a long time I really only had six soundtracks by him, the Star Wars and Indiana Jones trilogy. And when you want to talk about the classic John Williams sound, these are the scores that always get mentioned.

What is amazing about Williams and is really obvious in these scores, is his ability to create so many varied and memorable themes. These themes also perfectly fit the characters and situations they are matched to. This creates a real fusion between the visuals and the music. The result is that when you hear a track from Empire Strikes Back or Indiana Jones and the Temple of Doom you will most likely remember exactly what moment it is from.

While I love his material from the late ‘70s and into the ‘90s, the man has not lost any of skills. His work on the first three Harry Potter films is truly magical and his music for Memoirs of a Geisha is great stuff.

But Williams had a major style shift at the end of the ‘90s. It revolved mostly around his action music style (and doesn’t affect his dramatic work much). In his earlier work, Williams could create action music that would work as it’s own set piece telling a story in a clear musical way. Some of the best moments in this are the Asteroid Field from The Empire Strikes Back and the Desert Chase from Raiders of the Lost Ark.

His later action music drops the use of themes and ceases to create a story with the music. Instead it goes for a more rhythmic approach, supporting the action with a wall of sound. You can hear this in the Star Wars prequels. The music is still very much Williams but it is less appealing to me than his earlier more theme centric material.

When it comes to film music, I love the adventure scores. The combination of action, drama and usually a little romance is what I end up listening to the most. But Williams is very adept at scoring dramas too. Some of his most dramatic scores are for Spielberg’s films: Schindler’s List, Empire of the Sun, War Horse and Saving Private Ryan. But for me, one of my favorites of his dramatic writing is the excellent score for Memoirs of a Geisha. He infuses a wonderful Asian sound with his typical style, great stuff.

Honestly I feel like I’m leaving out some of his best work. I haven’t mentioned Hook, Jaws, Close Encounters of a Third Kind, Superman, ET or JFK. But I’ve got to stop somewhere. The thing is, if you listen to some of Williams work and enjoy it, chances are you’ll find plenty more to dig into and enjoy.

What’s the best place to start with John Williams? It would probably be Raiders of the Lost Ark. Not only do you get the memorable main theme (The Raiders March), but you also get one of Williams’ best romantic themes with Marian’s Theme. His music for the power and majesty of the Ark is revealed in the awesome cue; Map Room: Dawn. There is also one of the best examples of Williams’ earlier style of action scoring in the track: Desert Chase.

Check out the end credits for the film below. It starts with Marian’s theme, goes into the Ark theme, then unleashes with the Raiders March, Marian’s Theme again and a wonderful reprise of the Raiders March. Adventure scores don’t come much better than this.

Next month we head to the far East with one of my favorite Japanese animation composers: Yoko Kanno.
Posted by Roman J. Martel at 6:00 PM