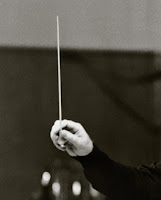 So it is time to roll out another Star Wars track for the score sample. I have to say I was pretty excited to hear that John Powell was going to be providing the score for Solo, even though I wasn't too excited about the movie itself. Powell is one of those composers who knows how to create some orchestral bombast, and keep his themes colorful and engaging. His style is a bit different from John Williams, but his use of percussion in action music is impressive. His score for How to Train Your Dragon remains one of my favorite scores from the previous decade.

Then we got the news that John Williams was going to provide a theme for Han Solo, and Powell was going to utilize it in his score. That was music to this film score fan's ears. The result is one of the most entertaining and exciting Star Wars related scores we've ever got. Lots of great stuff on this album, but my favorite track has to be Reminiscence Therapy. Not only does Powell give us a great statement of the new Han Solo theme, but he works in classic musical moments from A New Hope and The Empire Strikes Back into the cue. He keeps it all flowing into one amazingly dynamic track, a real highlight of the album.

So enjoy Reminiscence Therapy from Solo composed by John Powell including themes by John Williams.