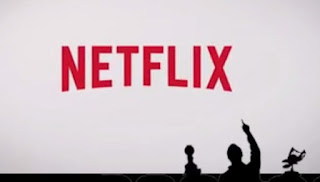 I'm a little late in posting this update, but things have been a bit crazy around here. As you may be aware, each Thanksgiving Day for the past few years Shout! Factory has held a marathon of Mystery Science Theater 3000 episodes to enjoy. Lately the episodes have been hosted by Joel Hodgson bringing us good cheer and news on the return of the series. He will usually have guests show up to banter with, mostly folks who worked on or are working on the new show.

This year Joel, Felicia Day and Jonah Ray hosted the Turkey Day marathon and talked about behind the scenes adventures of making Season 11. As the marathon wrapped up (with a showing one of my favorite episodes: Santa Claus), Joel declared that Netflix had given a green light for season 12. He said that Season 11 was one of the highest rated and most watched shows on the service and thanked everyone for making it such a wonderful success.

I have to admit, I was a bit worried about how Season 11 was received. While overall internet buzz was positive, it felt like it had a moment of hype that died quickly. But this is great news. Season 12 is on the way and I'm looking forward to enjoying another year of puppets mocking movies.

That also means I need to get my butt in gear and wrap up my reviews of Season 11 before the new season kicks off. Have you had a chance to enjoy any of the episodes from season 11? If so, what did you think of it so far?
Posted by Roman J. Martel at 8:40 AM