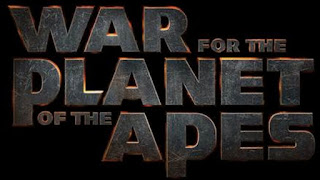 With War for the Planet of the Apes we have one of the best film trilogies since The Lord of the Rings completed back in 2003. I know, I was just as surprised as you. If you look back at series that hit the three film mark you are hard pressed to find any that didn’t have at least a single dud in that chain.

Starting with Rise of the Planet of the Apes these films have all had solid to excellent scripts. They created interesting and engaging characters and they have build up each other. I would even argue that the films actually got better as they went along. I loved how Dawn of the Planet of the Apes raised the stakes for the humans, as well as the apes. But the stakes were intertwined in a way that created drama and conflict that you were invested in. War for the Planet of the Apes did the same thing, but it went further, putting Caesar’s very soul at the heart of the film. It is an impressive achievement, and one that I would never have called back in 2011 when the series started.

I wanted to take a look at the various elements that made this series work so well. It isn’t quite a top ten list, because I’m not sure any one element outshines the other. But it is fascinating to see how they all worked together to create one of the best trilogies of film in modern times.

1.  Reworking the older films that had issues, instead of trying to remake what many feel is a classic.
2. Willingness to focus on the apes as the central characters

3.  Utilizing impressive visuals but keeping them in service of the story and characters
4.  Impeccable cast willing to commit to roles and stories
5.  Allowing the music to have emotional weight in the film.
6.  Understanding pacing and atmosphere to build tension.
7.  Tying all three scripts together.
8.  Providing nods to the older series.
9.  Keeping to the grey zone.
10.  Committing to the tone.


So those are my 10 reasons why this film trilogy is the best trilogy of films since Lord of the Rings. Did I miss something you think makes these work? Or do you have another trilogy that you think works just as well, or even better? Leave a comment and I’ll be sure respond (even to you Twilight fans out there).