On one of the film score sites I frequent, there was some discussion about favorite electronic or synth film scores. This ended causing a lot of debate about the perceived decline of orchestral scores, and the dominance of electronics. All that was interesting, but not something I wanna get into here. Instead, I found the various top ten lists of electronic scores to be fascinating.

Compiling my own list, I found that it leaned heavily on the 1980s. And lets face it, if there was a decade that was in love with the Casio synthesizer, it was the 80s. So a huge helping of nostalgia is at work in this list. But you’ll find some modern stuff on here too. You may also find a couple scores with an orchestral base, but where the electronics play a key or prominent role. 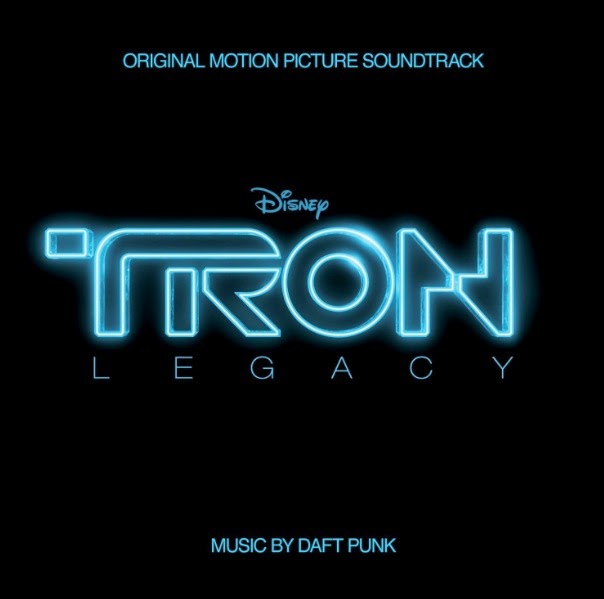 When I heard they were making a sequel to Tron I wondered how they were going to handle the music. Would Wendy Carlos come back? Well, the creators decided to keep the electronic style of the music, but modernize it (as they did with the visuals and concept behind the film). The result was bringing in electronic duo Daft Punk (and some composers from Hans Zimmer's music team) to create a sonic world that fits Tron Legacy like a glove. The score has a very modern feel with the orchestra, but Daft Punk's retro/techno/funk combinations turn this into one of the best scores of that year. I wish Carlos' Tron theme had made an appearance, but all in all, this is one of my favorite scores of the last five years. 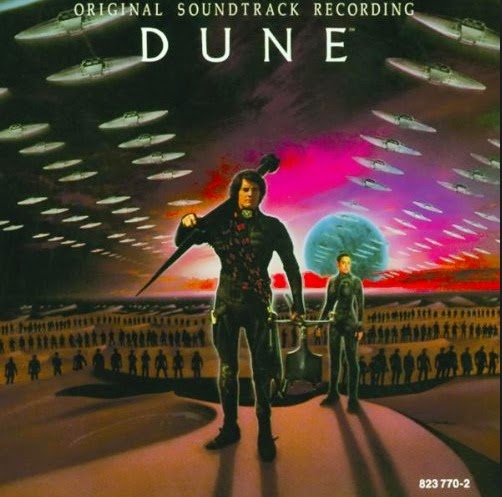 In the 1980s there was a bit of a craze of pulling in pop and rock groups to compose film scores. The results were often mixed, but they were almost always interesting. This score is really an anomaly. Who would have guessed that a David Lynch film would get a score by Toto? Not me. But hell, it works! There are a number of bold themes, with full throated electronics. But one of the most interesting pieces is The Prophesy by Eno. This is an atmospheric almost etherial piece that combines the mystery and mysticism of the film. Lynch uses the music very well in the film, but it makes for a great stand alone listen. 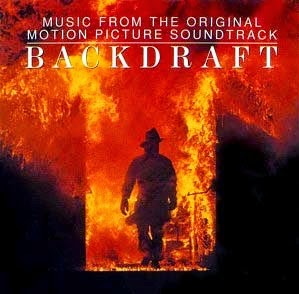 You can't talk about electronic fusion with orchestral power and not mention Hans Zimmer. The man has perfected this combination and it has had a huge impact on film music, coming to dominate most Hollywood action, sci-fi and fantasy blockbusters for the last ten years and counting. It all started with his work on Backdraft. This score remains one of my favorite incarnations of this sound. Zimmer uses bold masculine themes, uses the electronics to modify the sound of the orchestra and really add resonance to it. The result was something no one had really heard before. It's a great fit for the film, but makes for some great listening if you want to feel like you are kicking ass while doing household chores. 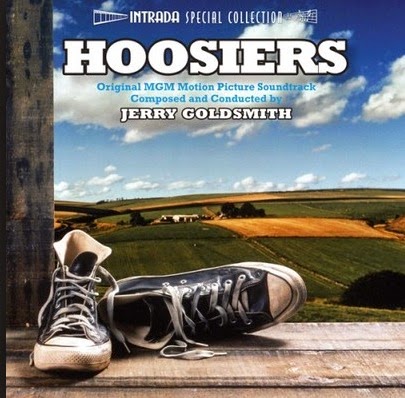 Goldsmith was never afraid to experiment with electronic sound effects, and used them in his scores as far back as the mid 60s. But the man really dove into the synth revolution of the 1980s and composed some really unique and interesting scores. My favorite from this period has to be Hoosiers. While a good portion of the score is traditional orchestra, Goldsmith uses synth percussion. Specifically, he uses the recorded sounds of a basketball on a wooden floor as his percussion. The result gives this score a unique sound. The score also features a full synth version of the main theme, which is so 80s you may feel you necktie getting skinnier as you listen to it.

6. 1492: The Conquest of Paradise composed by Vangelis 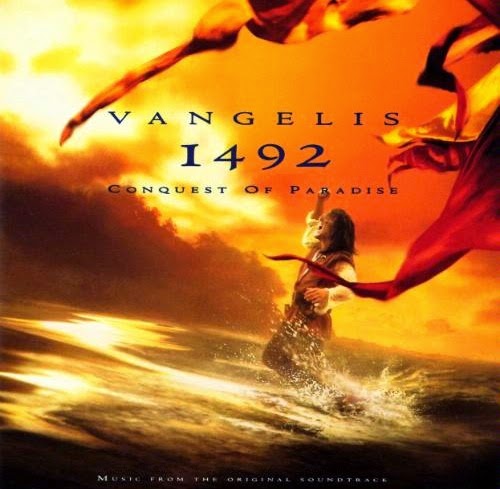 The Greek electronic guru was asked to tackle a historical drama for 1992 film exploring the voyages of Christopher Columbus. This production was truly an international showcase, and while the film certainly has its flaws, the amazing score is not one of them. Vangelis fuses three distinct styles into the score: middle eastern (representing the moorish influence in Spain), medieval style choral work (for the catholic church) and a world music sound for the island nations that Columbus encounters. All these are brought together with some distinctive themes, and of course lots of electronics. But there is enough orchestra and unique instruments to make this one hell of a colorful album. His 13 minute finale cue is worth the price of the album alone. 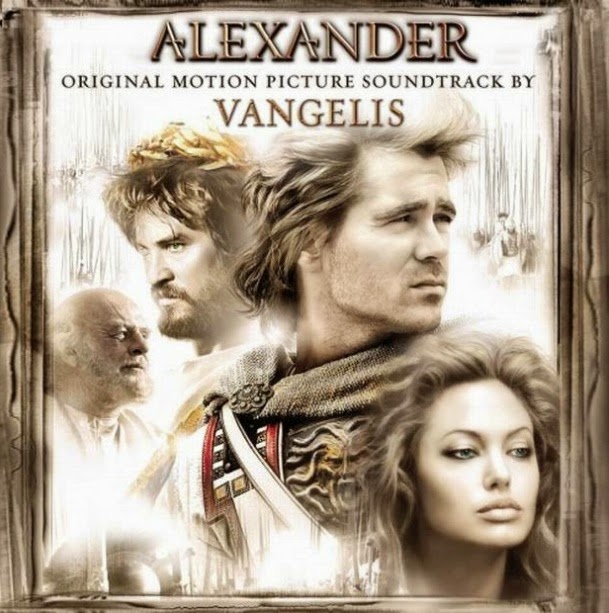 Really it only made sense to have Vangelis score a film about Alexander the Great. How could Oliver Stone resist. Much like the earlier film, Alexander is far from a perfect film, but the music is really something else. Vangelis takes the listener on a musical journey from Pella in Macedonia, across the plains of Gaugumela, into the rocky wastes of Asia and into the jungles of India. Vangelis gives us a couple of powerful themes, but focuses on specially instruments and various audio colors (with lots of synths of course). While the album listen it's quite as fluid as 1492, I prefer the musical journey of Alexander. Its a shame the official album is so short, plenty of great music in the very long film never made it to the CD. 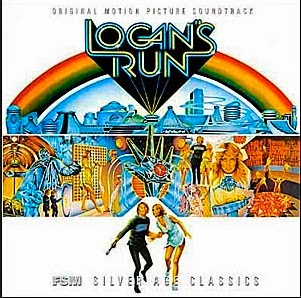 Goldsmith was used to creating unique soundscapes for science fiction films. His work on Planet of the Apes is considered a massive triumph of his early career. But I really love what he did with his 1970s synthesizers. For the scenes based around the computer controlled society in the city, Goldsmith uses a purely electronic score. What is amazing is that he creates a motif for the city's overwhelming power. At first you hear only electronic pulses, but they do create a theme, and that theme appears in various guises throughout the film. Goldsmith introduces the orchestra gradually into the story, as Logan moves further from the city. But the motif is never left behind and often appears as his friend pursues him into the wilds, played by orchestra - but still the same pulsing theme. This score rubs some listeners the wrong way, the 70s electronics are very much of their time. But to me, they really give an identity to the world of the film: cold, brutal and inflexible. Something the warmth of the orchestral final track really shatter. 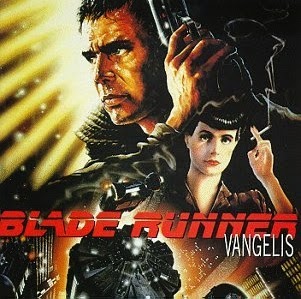 As much as I enjoy his work on the historical films, there really was no better fit for Vangelis then science fiction. It was really a stroke of genius that caused him to work with Ridley Scott on what ended up being one of the best science fiction films of the 1980s. One of the reasons the film is so effective is that Vangelis score builds upon the visuals and adds depth to the atmosphere of the film. While the score is primarily known for its electronics and its energetic end titles piece, there is a heavy vibe of noire music styling in the film. The saxophone (with some synthetic layering) has a prominent role in the score. In addition there are some very dark moments in the final portion of the score that create a dissonance that I've never heard from the composer. All in all, this score may be Vangelis' best, and certainly one that helped Blade Runner obtain it's place as one of the best science fiction films of the 80s. 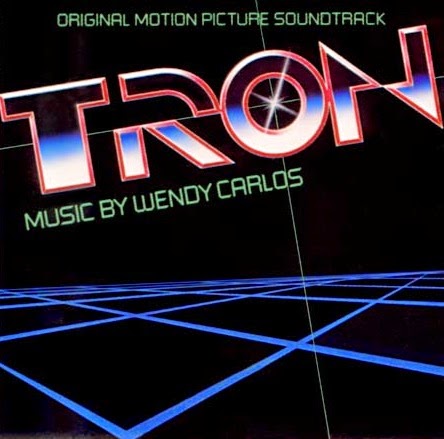 This score appeared on my Top Ten Favorite Scores of the 1980s. So it really isn't a huge surprise to see it here. Once again we have a composer using electronics to create her own audio world for the film. One of the reasons I really admire this score is the way it ends up sounding so unique. Nothing else out there sounds like the score to Tron. Carlos uses a mix of orchestra and electronics, but her style is much closer to modernistic film styling of the 1950s and 60s. It deals more in atmosphere as opposed to Golden Age score methods focusing on theme and theme development. Carlos still takes us on a musical journey and there are a couple themes, but she fleshes out the emotions and world with her music. While not a unique approach, it wasn't something that was too popular in the 80s with the John Williams inspired Golden Age style resurgence. But Tron's fusion of electronics with that modern style is what make it so impressive. 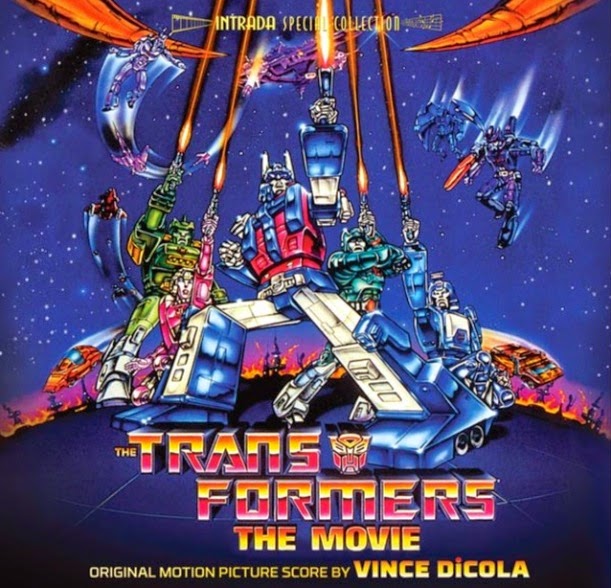 Well, here is another one from my Top Ten Favorite Scores of the 1980s. As much as I admire the skill and technique of Vangelis, Carlos and Goldsmith, sometimes you just need to rock out and have fun. Really it doesn't get much more fun than DiCola's score to Transformers the Movie. It's big, it rocks and it is bursting with action and adventure. To me this is the quintessential 80s synth rock score. No one could mistake this score as coming from any other decade. And once you tell someone that it is from a movie about transforming robots battling to save the universe... well what other kind of soundtrack can you really expect? But I don't want to sell DiCola short, because he does create themes and utilize them throughout the score. He does build a musical story, and carry the film along. He does what he was supposed to do with a film score. But he also made it one hell of a ride, and something that I love listening to over and over again, especially during the summer.

Well there you have it. I had a few other special mentions that didn't make it onto the list. Anime composer Ko Otani provided a couple of excellent electronic scores for Outlaw Star and Tenchi Muyo 2: A Midsummer Night's Dream. You also have the incredibly awesome videogame score Far Cry 3: Blood Dragon which will remind you of Vangelis, John Carpenter and pretty much every action movie from the 1980s. And speaking of John Carpenter, the man has brought us some really fun electronic/rock scores like Escape from New York and Big Trouble in Little China. If you want to head into a more experimental style, Tangerine Dream also contributed a few scores such as Legend (for its US release) and Thief. You also have Giorgio Moroder who provided music for Cat People, The Neverending Story and a new score for the silent film Metropolis.
Posted by Roman J. Martel at 6:00 AM