And Then This Happened... The Beast of Hollow Mountain

Most of us trust that our dwelling will keep us safe from most types of critters. You expect that the roof and walls will be able to keep out pesky rodents and insects. But you never really consider the possibility of beast or creature attacks. Who would? Most of us live far enough from Godzilla target zones that we feel fairly secure. As for King Kong, well he seems to be stuck on Skull Island, right?

But what about those lesser creatures that don't have the big names, but can destroy with impunity. You know, the Beast of Yucca Flats or even Hobgoblins. Will our homes withstand an attack from them. Well the folks in this scene jus realized that The Beast of Hollow Mountain is making quick work of their run down shack. I guess they don't build run down shacks like they used to. Got a caption for this moment? 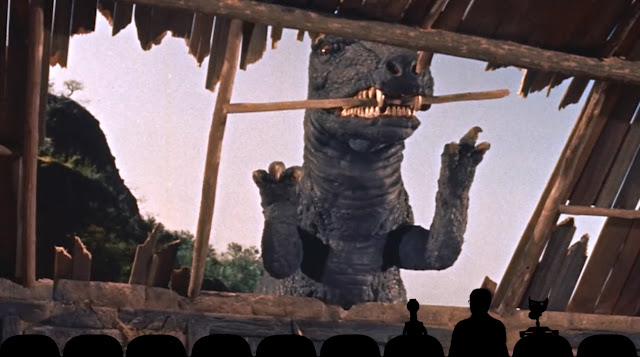